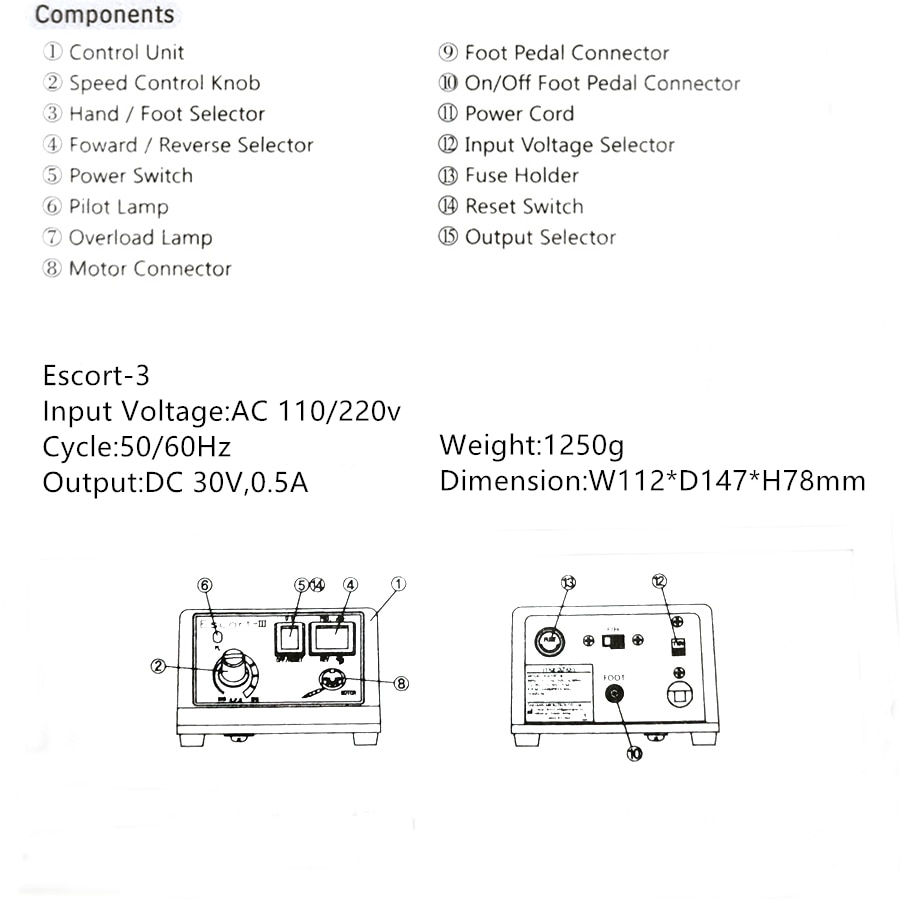 Precautions when using the Handpiece:

1. Connect the Motor Cord and Foot Pedal Cord to the Control Unit(refer to a separate sheet of Control Units).
2. After confirming the permission power of the Control Unit, plug the Power Cord into an electric outlet
3. Set the Speed Control Knob to the slowest position
4. Turn on the power of the Control Unit
5. If operate the Speed Control Knob clockwise, the rotation speed of the Micromotor increases
6. When you wish to turn a rotating direction, after halting the Micromotor, operate the Forward/Reverse Selector Switch.
7. When wish to regulate a rotating speed using the Foot Pedal, after operate the Hand/Foot Selector Switch as "FOOT", use 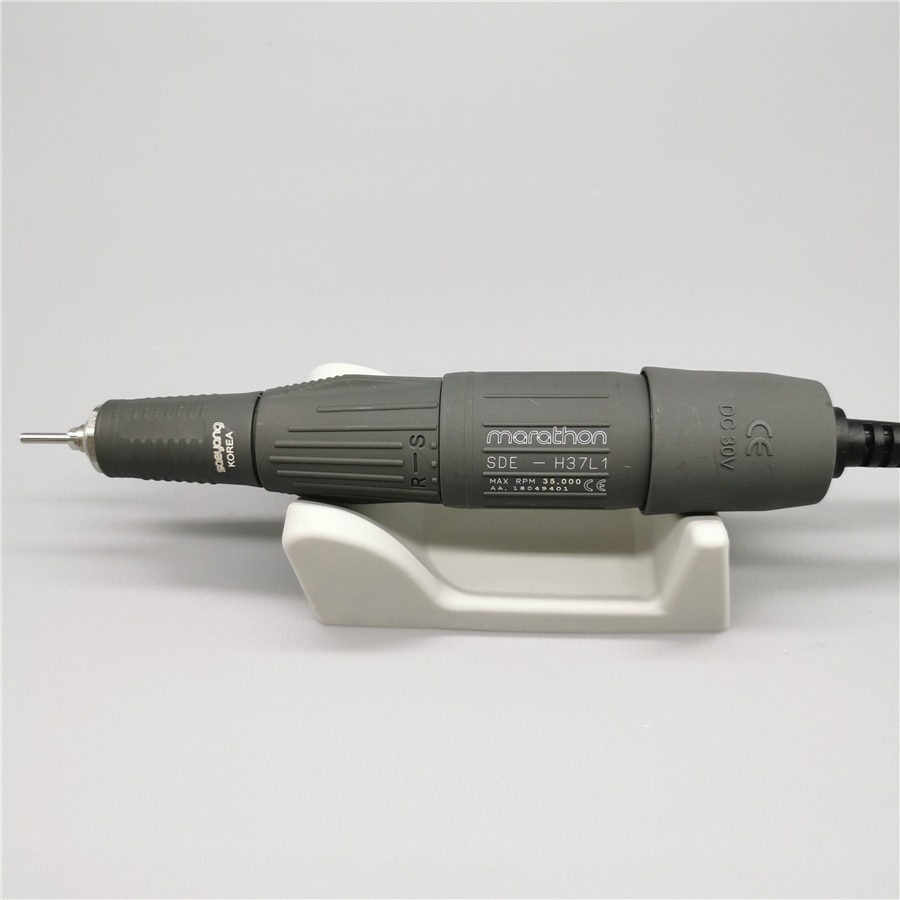 Mounting and removing a bur:

1. After the turn, the Set Ring of the Handpiece for "R" direction to open the Collet Chuck, extract an old bur
2. After inserting perfectly a new bur until reach in the back of the chuck, turn the Set Ring for "S" direction to lock the Chuck

Checking items in case of not working:

1. After turn off the power of the Control Unit, remove the Carbon Housing Cover and the Motor Cord from the rear of the Handpiece
2. Remove worn-out Carbon Brushes after taking off Carbon Brush Bolts using a screwdriver(+)
3. Replace by new ones with observing the Brush Spring should get jammed in the Carbon Brush Holder.
4. Assemble the Handpiece
5. After running the Handpiece under no-load state about 20,000RPM for 30 minutes, then use.
※Replacing cycle of Carbon Brushes being about one year can be depending on working hours and loading conditions

1. The Hand Cap and the Spindle Set are disjointed by continuously turning the Hand Cap counterclockwise using the Chuck Wrench.
2. The Collet Chuck is disjointed by continuously turning it counterclockwise using tools
3. After replace by new Collet Chuck, assemble the Handpiece
4. After running the Handpiece under no-load state and confirm something wrong nonexistence, then use.
* Replacing cycle of the Collet Chuck being 2-3 years, can be depending on working hours and loading conditions.

1. Disjoint the Hand Cap and the Spindle Set.
2. If remove the C Ring from the front of the Chuck Housing, Ball Bearings and other parts are disassembled
3. After assembling other parts and replace with new Ball Bearings sequentially, install the C Ring again.
4. Join the Hand Cap and the Spindle Set.
After running the Handpiece under no-load state and confirm something wrong nonexistence, then use. 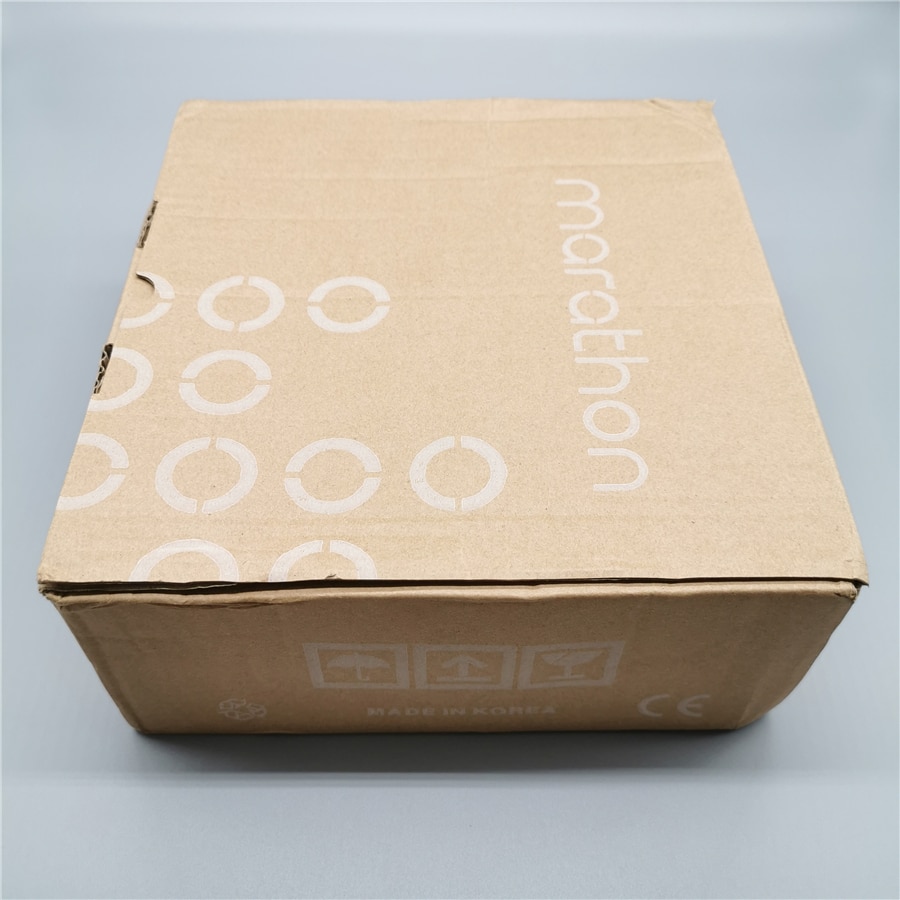 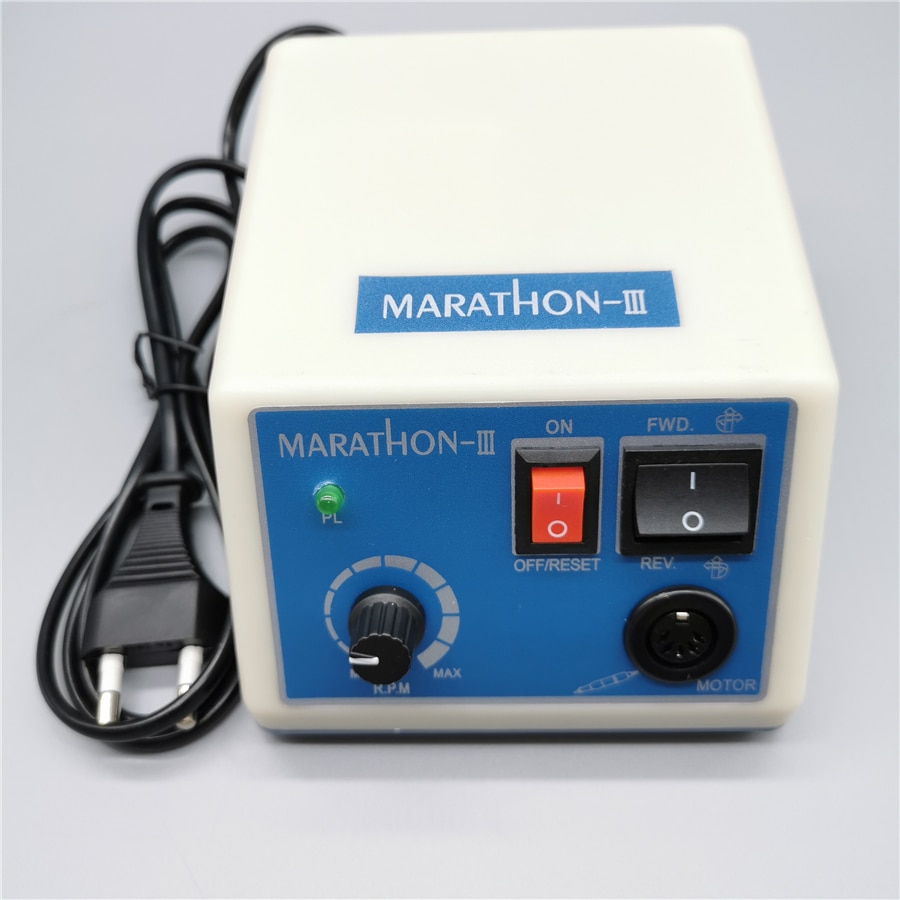 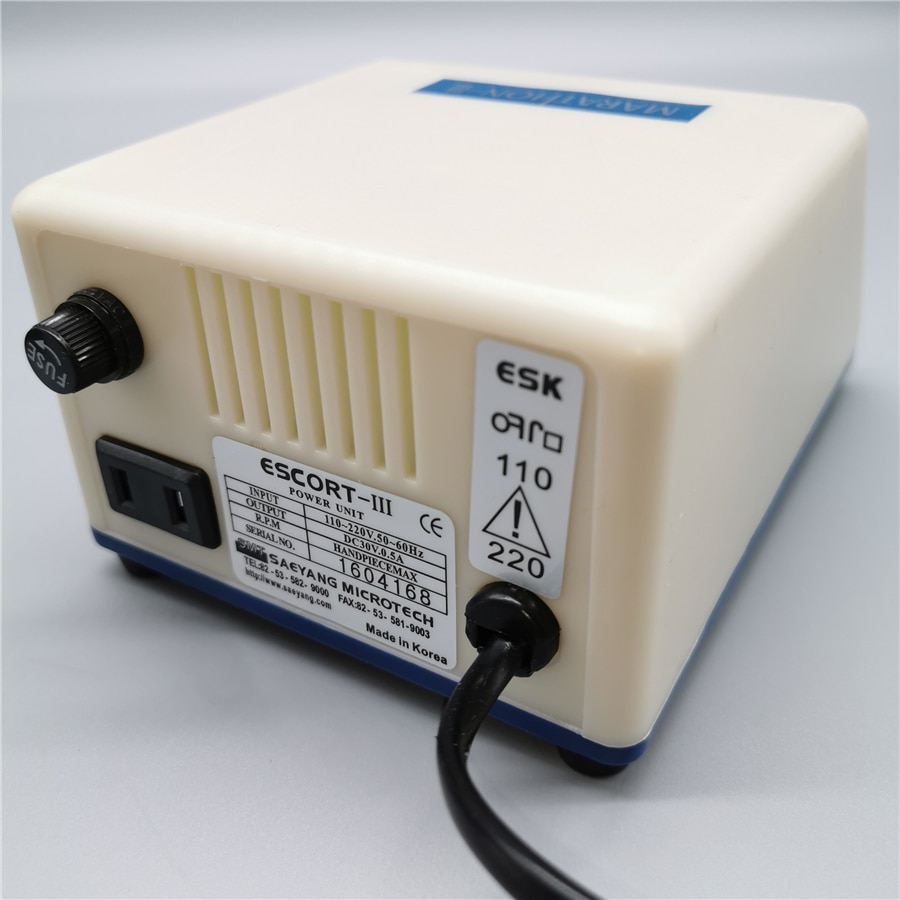 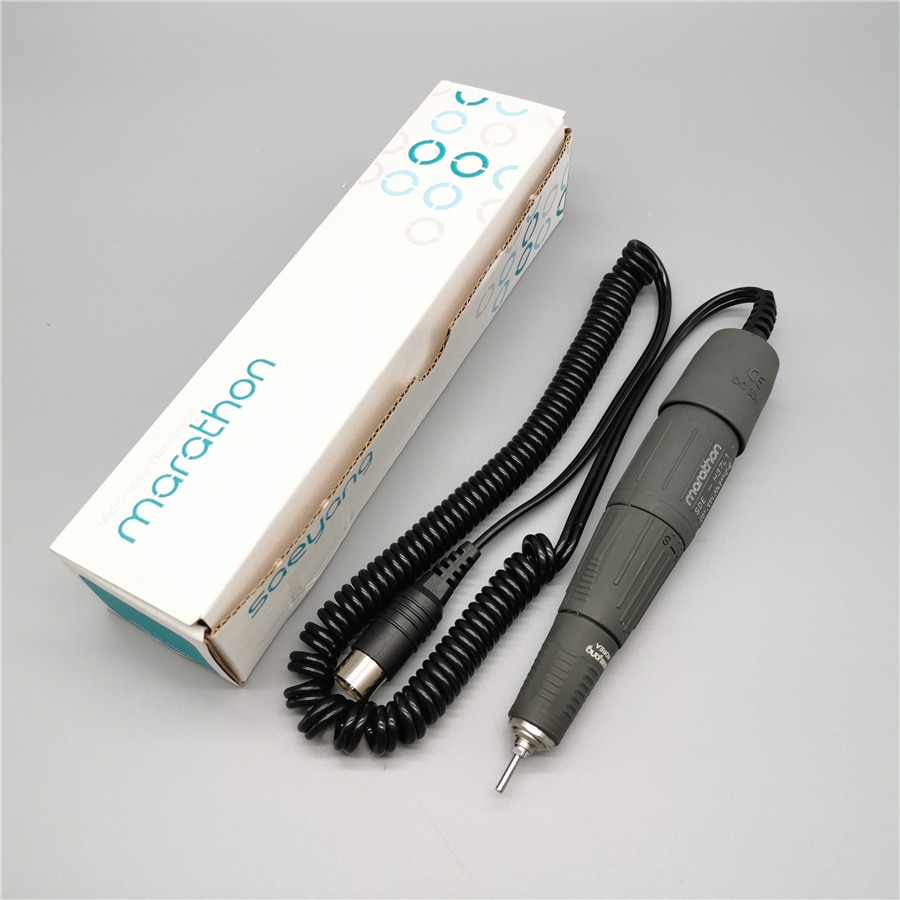 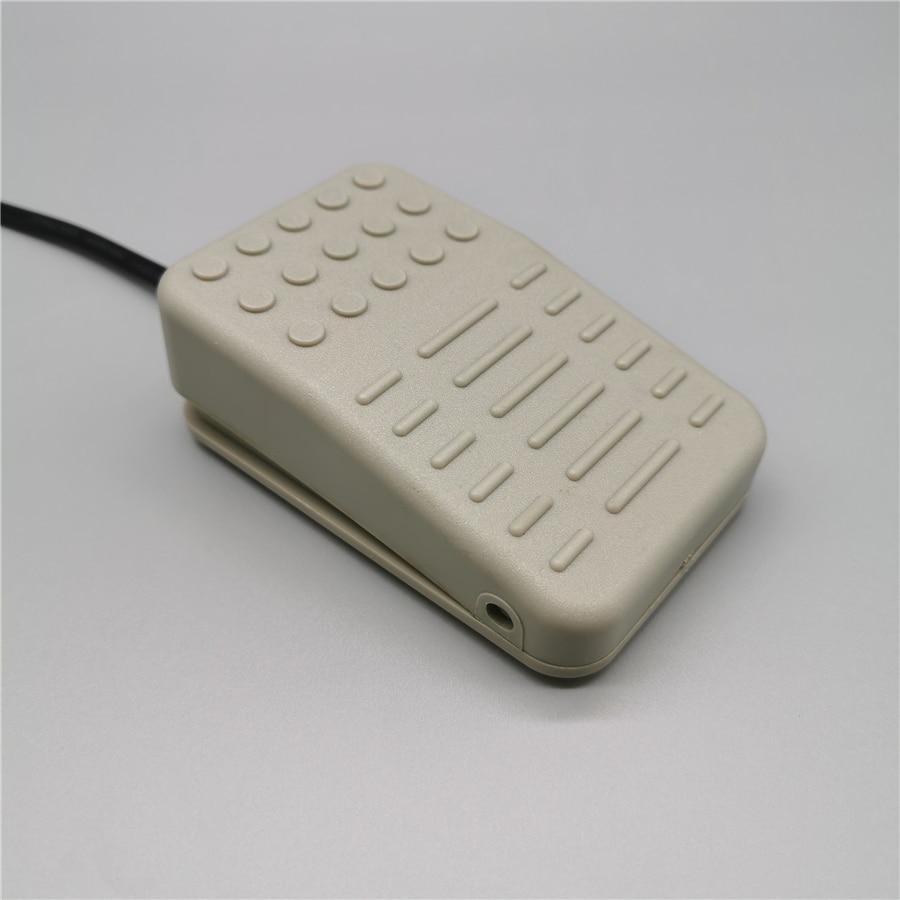 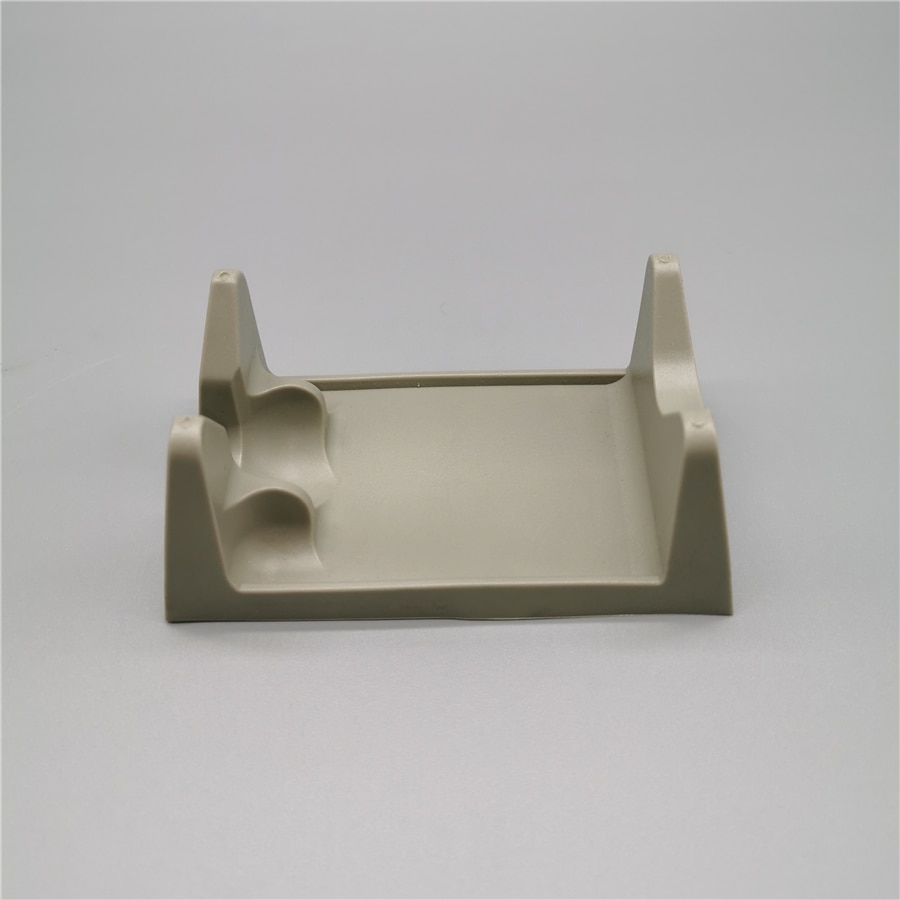 Due to abundant demand, orders can take up to 10-15 days (United States), 15-25 days (Rest Of The World) to ship and arrive. Please be patient, we are doing our very best to fulfill every order that we receive! 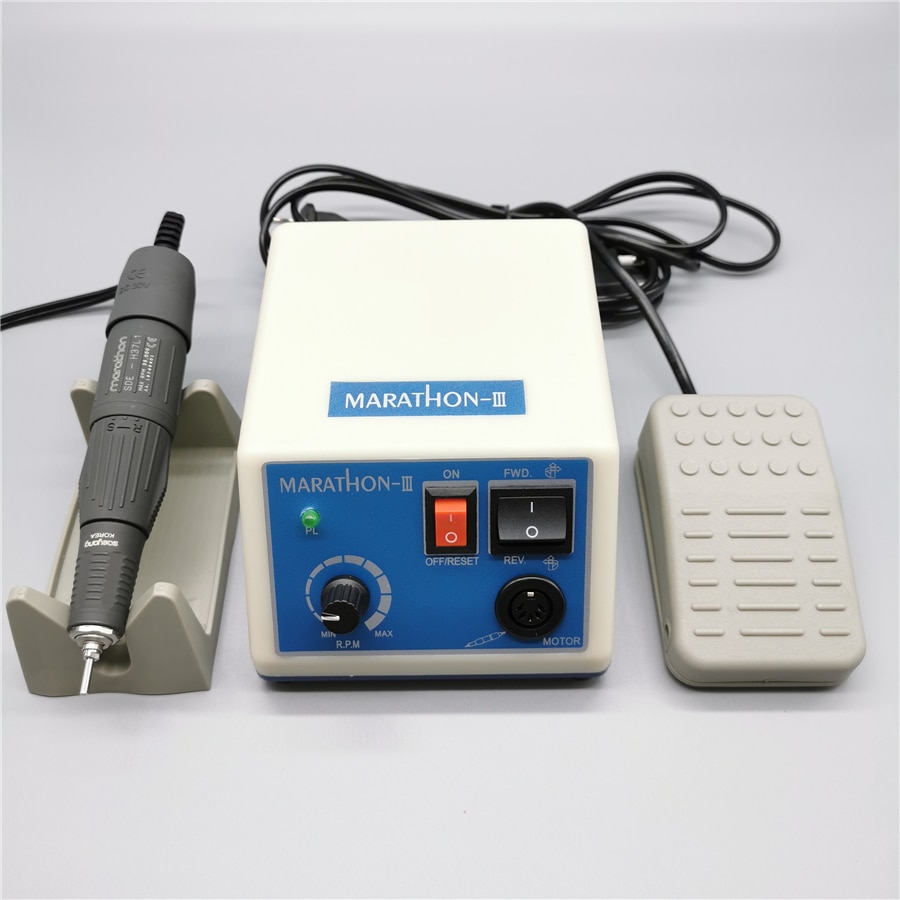 This product is under easy return policy of 15 days.